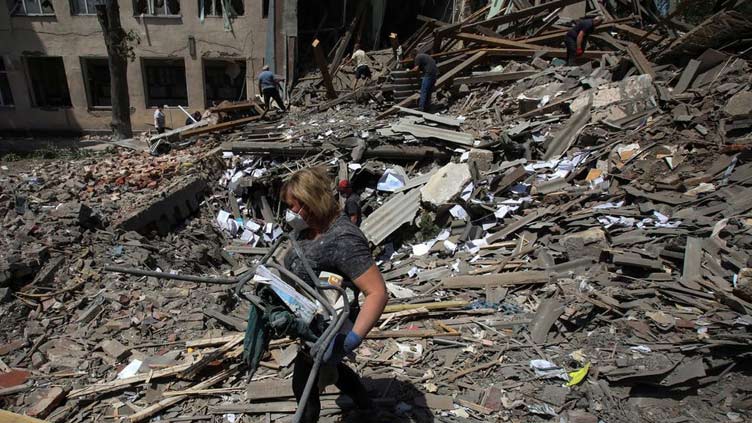 KYIV (HRNW) – Russian forces captured territory along a frontline river in eastern Ukraine on Monday and President Volodymyr Zelenskiy predicted Moscow would escalate attacks ahead of a summit of European leaders expected to welcome Kyiv s bid to join the EU.

Moscow s separatist proxies claimed to have captured Toshkivka, a town on the mostly Ukrainian-held western bank of the Siverskyi Donets river, south of Sievierodonetsk, which has become the main battlefield city in recent weeks.

Ukraine acknowledged that Moscow had success in Toshkivka and said the Russians were trying to gain a foothold there to make a breakthrough into the wider, Ukrainian-held pocket of the eastern Donbas region. It also confirmed a Russian claim to have captured on Sievierodonetsk s eastern outskirts.

“Obviously, this week we should expect from Russia an intensification of its hostile activities,” Zelenskiy said in a Sunday nightly video address. “We are preparing. We are ready.”

In Odesa, Ukraine s biggest Black Sea port, a food warehouse was destroyed in a Russian missile attack on Monday, the Ukrainian military said. No civilians were reported killed.

The city has come under sporadic bombardment since the start of the war and is blockaded by the Russian navy, while each side accuses the other of laying mines in the sea.