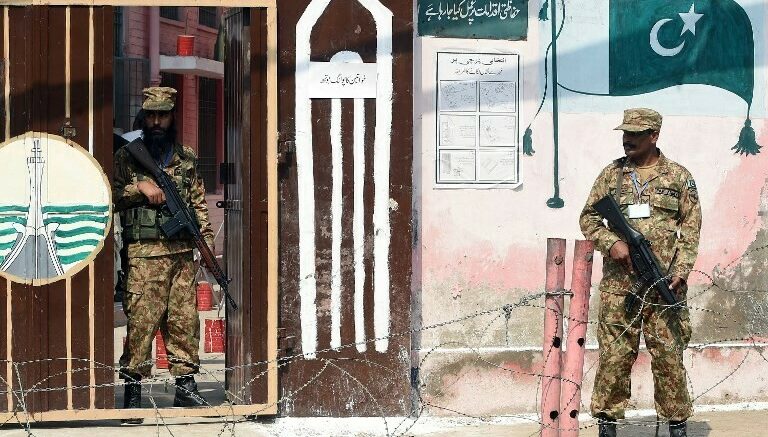 Karachi (HRNW) The Election Commission of Pakistan on Wednesday requested the defence ministry to deploy the army outside polling stations in NA-245 Karachi following violence in last week’s NA-240 by-elections.

The top poll body has also requested troops to be deployed during the PK-7 Swat VI by-polls scheduled for this weekend.

In a letter to the secretary of the Defence Ministry, Election Commission of Pakistan (ECP) Additional Director General Shahid Iqbal said that he had been “directed to draw…attention towards the by-election scheduled to be held on July 27, 2022, in National Assembly Constituency NA-245 Karachi East-IV”.

The letter pointed toward the “prevailing law and order situation in the area of the aforementioned constituency”.

Based on that and powers under Article 220 – (Executive authorities to assist Commission, etc.: It shall be the duty of all executive authorities in the federation and in the Provinces to assist the commissioner and the election commission in the discharge of his or their functions) – to deploy the army as a quick reaction force (QRF) and standby.

Moreover, the letter said that the deployment will “provide level playing field and conducive environment to all the stakeholders and that the by-elections in the constituency could be conducted peacefully, fairly and any untoward situation is avoided.”

The seat fell vacant after the incumbent, Pakistan Tehreek-e-Insaf (PTI) MNA and popular televangelist Aamir Liaquat was found dead in his home under mysterious circumstances on June 9. Subsequently, the ECP announced by-elections for his vacant seat.