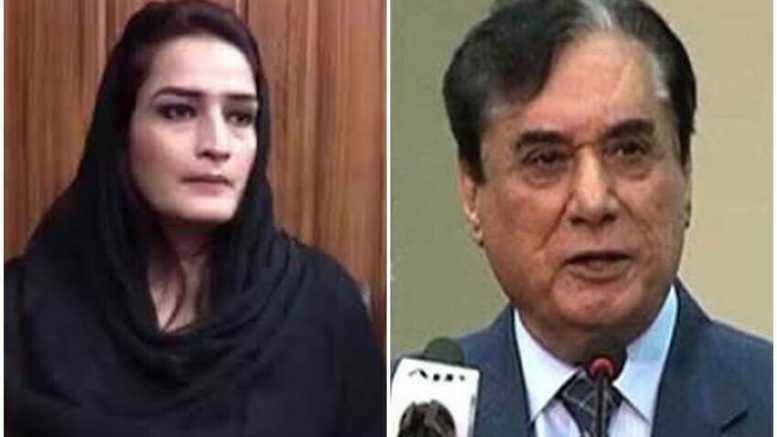 Islamabad (HRNW) Tayyaba Gul, the woman at the center of a 2021 video leak controversy involving then-Nab Chairman Justice (retd) Javed Iqbal, has written to the Public Accounts Committee to seek a probe against the former boss of the top anti-graft body in the country.

Javed Iqbal quit as NAB Chairman on June 3 after an ordinance granting him an extension expired and the current government refused to ratify it. His four-year term had already ended in October 2021.

Tayyaba Gul claims that she and her husband were subjected to personal vengeance when NAB was under Iqbal, though she was later acquitted by a trial court.

In a letter written to PAC Chairman Noor Alam, Gul has claimed that she was “still under the threat of the NAB through blackmailing as well as filling [of] false [and] frivolous reference.”

She claimed to have in possession of audio and video evidence to support her assertions.

PAC Chairman Noor Alam has indicated that the accounts committee would summon both Tayyaba Gul and Justice (retd) Javed Iqbal before it.

He told reporters in Islamabad on Wednesday that he had already written to NAB for a report on the issue.

“Anyone misusing their power will be made to answer,” said Noor Alam.

The PAC chairman said that the former NAB chairman and the woman would be offered an opportunity to present their arguments before the committee.

Noor Alam said that he had watched the allegedly leaked videos and that the issue would be brought to its logical conclusion.

“Those levelling allegations would be asked to furnish the evidence,” he said.