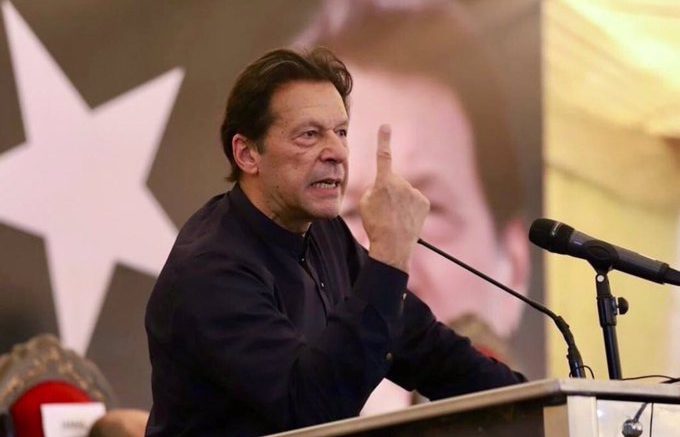 Islamabad (HRNW)  Pakistan Tehreek-e-Insaf (PTI) Chief Imran Khan claimed on Wednesday that the PPP, and PML-N feared that he would appoint General Faiz Ahmed as the next chief of army staff.

Addressing a seminar organized by the PTI in Islamabad, he would have appointed the army chief on merit because he had never violated merit since his captaincy days.

The former prime minister said these people [the incumbent government] were speculating that Imran Khan wanted to appoint an army chief of his choice so he can stay in power for a longer period like 15 years or more.

“Actually, they wanted to appoint the army chief of their choice so they could get relief from accountability,” Imran Khan claimed.

“I had never thought, even once, about appointing a new army chief in November as this was not an issue,” he said.

I always believe in merit and if the time would have come, I would have the person on merti, he added.

Be the first to comment on "PPP, PML-N feared I would appointed Faiz COAS, says Imran Khan"