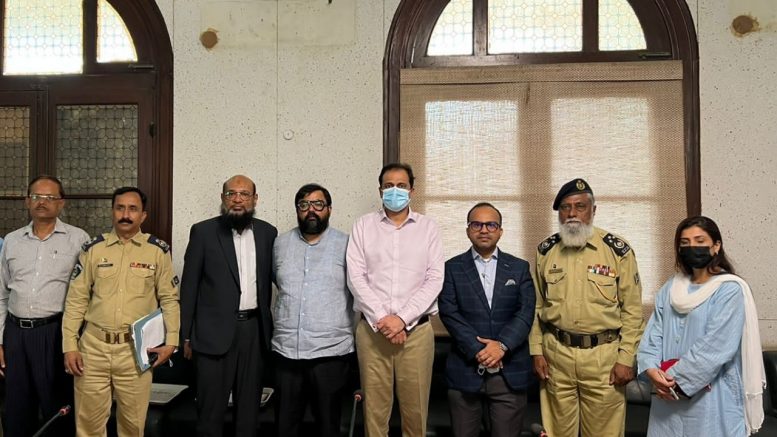 KARACHI: (HRNW) President of Korangi Association of Trade and Industry (KATI) Salman Aslam called on Administrator Karachi Barrister Murtaza Wahab. During the meeting, the two leaders reviewed the problems of the Korangi Industrial Area, development projects, tree planting in the industrial area, and the performance of fire tenders.

On this occasion, Salman Aslam appreciated the services of Karachi Chief Fire Officer Mobeen Ahmed. He said that after the deployment of Mubeen in Karachi, the performance of the KATI Fire Tender increased immensely. During several fire incidents in Korangi, fire tenders took timely action to prevent a major accident.

He said that the services of Mobeen Ahmed in this regard are commendable. Administrator Karachi Murtaza Wahab also expressed satisfaction with Mubeen’s services. He said that the Sindh government and Karachi Metropolitan Corporation (KMC) are striving to serve the people.

Murtaza Wahab further said that KATI is a major industrial area of the city where industrialists are increasingly participating in the beautification of Korangi and guiding other industrial areas. He said that due to KATI’s efforts, Korangi Industrial Area is being presented as a model zone.

Administrator Karachi said that with the deployment of fire tenders in industrial areas, accidents are being dealt with in a better way. He said the government is working on more projects in consultation with industrial associations.