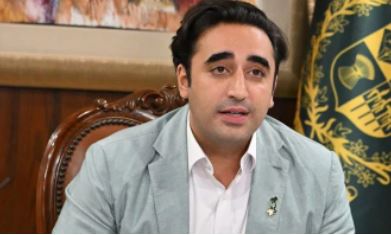 Islamabad (HRNW) Foreign Minister Bilawal Bhutto Zardari has recommended the UN to develop rules and standards for social media companies, governments and private actors in a bid to effectively counter the disinformation and curtail its and no governmental actors.

He made these remarks in a keynote speech to the launch event of the Group of Friends (GoF) on Countering Disinformation for the Promotion and Protection of Human Rights and Fundamental Freedoms. GoF is a Pakistan-led initiative to highlight the impact of disinformation on human rights.

The foreign minister, while calling the disinformation “a pandemic”, said that the exponential proliferation of disinformation has resulted in social discords, fostered hate speech, racism, xenophobia, and Islamophobia.

He recommended the UN members states to join hands for a robust response to counter and confront disinformation and “minimize its negative impact on human rights and relations between the states.

He added that the UN should increase awareness against disinformation and enhance the capacity of the members states to detect, analyze and expose disinformation.

He also called upon the UN secretary general to establish a task force on disinformation and appoint focal person to interact with states, media and other stake holders.

“The UN should open a comprehensive dialogue to develop a consensus on international cooperation to combat disinformation,” he said.