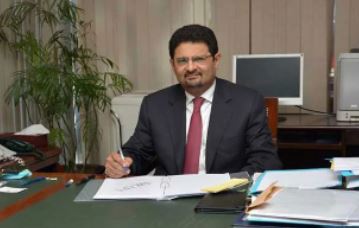 Islamabad (HRNW) Federal Finance Minister Miftah Ismail on Wednesday reiterated that their government is seeking to tax only the rich even as he acknowledged that the government will be expanding tax measures to enhance revenues while taking measures to keep prices of essential commodities low.

“During PTI regime, there was heavy taxation on consumption which impacted the poor disproportionately,” Miftah said while addressing a news conference in Islamabad on Thursday.

“We are taxing the rich, 1% tax will be increased on people whose annual income is over Rs150 million, and 2% more taxes for those with an income of Rs200 million or more and 3% on those earning over Rs250 million.”

The minister said those with an income of over Rs300m will have to pay 4% more in income taxes.

“We have also imposed some super taxes, details of which I will provide tomorrow. Most taxes have been imposed on sugar,” he said adding that the companies owned by the Prime Minister Shehbaz Sharif’s family will also be impacted by this tax.

He claimed that the government imposed taxes which impacted the ruling elite.

“It will increase the tax burden of companies owned by the PM. My company’s tax burden will also increase by Rs200 million and Rs250 million,” said Miftah.