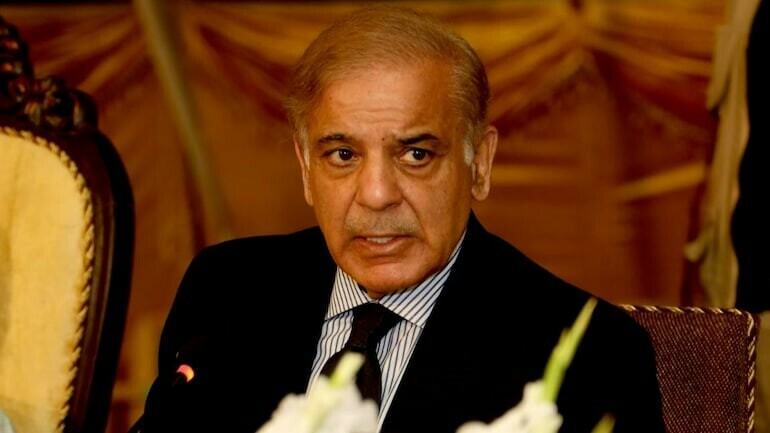 Islamabad (HRNW) Prime Minister Shehbaz Sharif on Thursday reiterated that the coalition government led by PML-N will complete the remaining tenure despite the challenging circumstances as he warned the nation of a ‘more challenging time’ ahead.

Addressing the PML-N Senators in Islamabad, he said that some coalition partners initially wanted to go for the elections after electoral reforms however there was no consensus on it. But, now, there is consensus on completing the term, he said.

Defending the massive hike in fuel prices, PM Shehbaz claimed that the PTI government had agreed with International Monetary Fund (IMF) to pass on the change in global oil prices to the local consumers and imposition of the petroleum development levy (PDL).

However, he said that Imran Khan, knowing he would lose the no-confidence motion, slashed the fuel prices in Pakistan despite the oil prices being record high in the global market at that time, reiterating that it was a landmine laid by former prime minister.

He said that the IMF was pressurizing them to implement the pact [signed by PTI] being the government of Pakistan. He warned the nation that ‘more challenging time’ is coming.

The premier said the government would increase or decrease the fuel prices according to oil rates in the global market.

He said China has approved disbursing $2.3 billion loan to Pakistan which was a sigh of relief in the current circumstances.

PM Shehbaz said the government’s deal on conditions with IMF had been finalized, however, said the positive results in the shape of development would take some time.

He stressed the need for strengthening the national economy by taking effective steps.

The prime minister said the PTI government had no empathy for the common man as it ended several projects of Pakistan Muslim League-Nawaz (PML-N) tenure that were aimed at public welfare.

He said the forefathers of the subcontinent had rendered immense sacrifices to establish a separate homeland to lead a comfortable life.