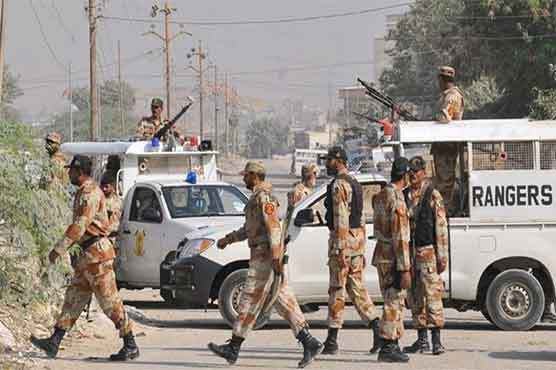 According to a statement, the suspect Manzoor Ahmed alias Lakha was arrested from Agra Taj Colony.

They recovered six dozen licenses of prohibited/unprohibited weapons, a 30-bore pistol, 38-bore revolver, 60 rounds of 7mm and 20 rounds of 32 bore ammunition from his possession along with over 3 dozen stamps of government and non-governmental institutions.

During preliminary interrogation, the accused revealed that he along with the officials of government and NGOs was involved in making fake licenses, license to carry arms under Section 144, duplicate licenses, fake second ownerships, birth certificates, domiciles, etc.

Police said raids were being carried out to apprehend his accomplices. The suspect has has been handed over to police for further legal proceedings.

Be the first to comment on "Rangers, police arrest fraudster from Lyari"