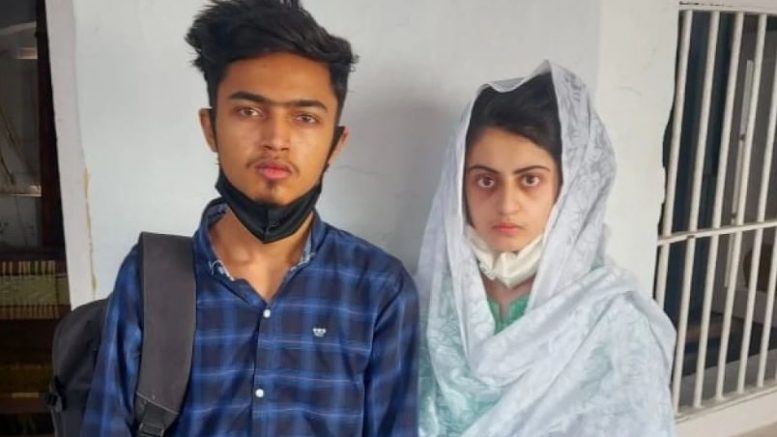 Karachi (HRNW) Supreme Court disposed of the Dua Zehra Case after her father withdrew his application.

Dua Zehra’s father Syed Mehdi Ali Kazmi had filed an appeal in the Supreme Court against the decision of the Sindh High Court that ruled out the abduction of his daughter.

The father claimed that the Sindh High Court allowed Dua to exercise her free will based on her statement and medical test that puts her age between 16 to 17 years. The Court ignored her educational certificates and National Database and Registration Authority (NADRA) record that states her age as 14 years, the petition said.

He had contested that the high court judgment that said that Dua is “at liberty to decide as to with whom she intends to reside and go along” needs to be reviewed by the Supreme Court.

During the proceeding, Justice Muneeb Akhtar asked the petitioner’s counsel what their appeal in the high court was. The counsel replied that they had requested for the recovery of Dua Zehra and her custody.

The justice remarked the court has summoned her and recorded the statement as well, in this way the request had served its purpose.

Justice Sajjad Ali Shah remarked that the two high courts had recorded Dua Zehra’s statement in which she had said that she had left the house of her freewill.

When the girl herself has said that she was not abducted then there is no, still the high court acted cautiously, said Justice Shah.