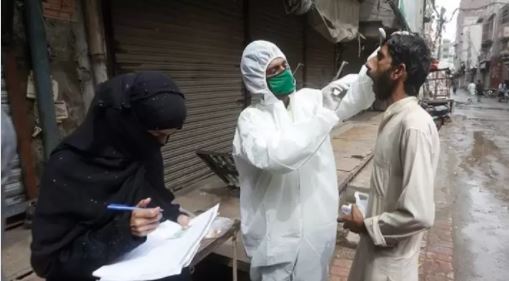 Karachi/ Islamabad (HRNW) Continuing its prey, the Covid-19 killed two more people during the last 24 hours despite that the national positivity ratio – except for the new hotspots – remained low.

As per the stats released by the National Institute of Health (NIH) on the microblogging site Twitter on Tuesday morning, the tally of positive cases in the country was 333 with two fatalities during the last 24 hours.

The national positivity ratio remained 2.42% as 333 of 13,759 samples returned positive while some 85 patients are in critical care, the tweet said.

Unlike other parts of Pakistan, the country’s most populated city – Karachi – and bordering city Hyderabad have witnessed a surge in the pandemic virus cases recently.

Covid-19 is spreading in these cities more rapidly than others and the provincial government has become alarmed over it.

The Federal Health Minister Abdul Qadir Patel has directed National Command and Operation Center (NCOC) – governing body implementing anti-pandemic efforts – to formulate a strategy for Karachi after the rise in the Covid-19 infections there.