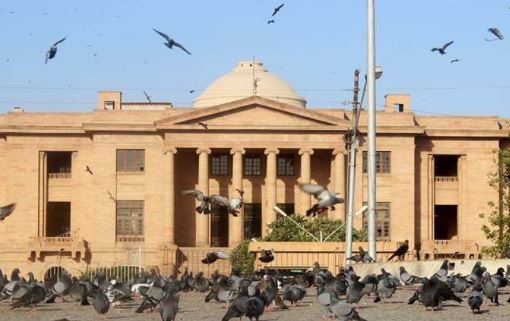 Karachi (HRNW) The Sindh High Court (SHC) on Tuesday allowed a girl from Hyderabad to go with her husband, with whom she claimed to have eloped in statements before the police, even though her father claimed his daughter is still a minor.

According to media reports, a single-member bench of the high court, comprising Justice Muhammad Junaid Ghaffar presided over a case pertaining to the alleged kidnapping of a girl in Hyderabad.

During the hearing on Tuesday, the police produced the couple before the court.

However, the girl’s father claimed that his daughter was only 11-years-old but in the Nikahnama, her age was mentioned as 18 years – to be in consonance with provincial marriage laws. He challenged the accuracy of the age mentioned in the nikkahnama.

He argued that according to school certificates, his daughter’s birth year was 2010 and claimed that his daughter’s alleged in-laws were part of a mafia and feared they would traffic her.

However, the girl denied her father’s claims and told the court that she had married Aftab of her free will.

The bench said that the case before them was concerned with the girl’s kidnapping, and she had been produced before the court.

The court allowed the girl to go with her husband after recording a statement with the police and asked her father to approach the trial court if her daughter was underage.

Be the first to comment on "Not kidnapped: Sindh High Court allows Hyderabad girl to go with husband"