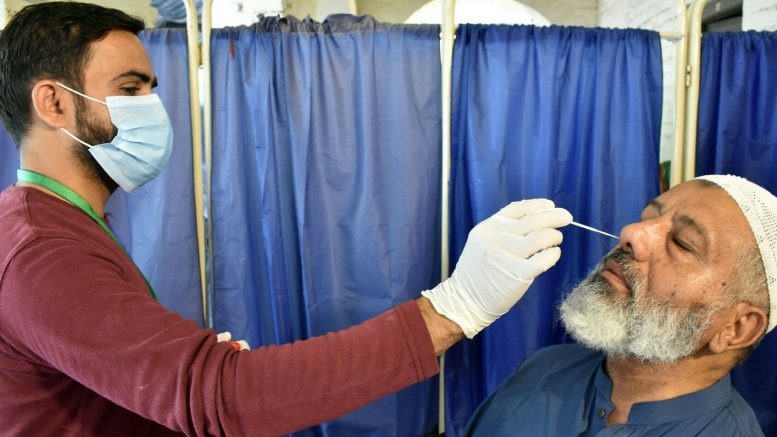 Islamabad (HRNW) In the first two days of July, six people succumbed to Covid-19 infection as the disease hits back with a vengeance, driving national positivity ratios up.

Data released by the National Institute of Health (NIH) Sunday morning showed that as many as 650 people tested positive for the novel coronavirus (Covid-19) in the past 24 hours.

The nationwide positivity ratio stood at nearly 3.88%, slightly below than 4% reported on Saturday.

Two people died in this period and 138 patients were in critical condition, the NIH said.

The positivity ratio for Karachi stands at 21.39% as samples were taken from over 2,000 suspected patients and at least 430 tested positive.

Two of the deaths took place in Karachi while one patient each died in Rawalpindi and Lahore.

The health authorities have advised the general public to restart following precautionary measures to prevent another outbreak of the virus.