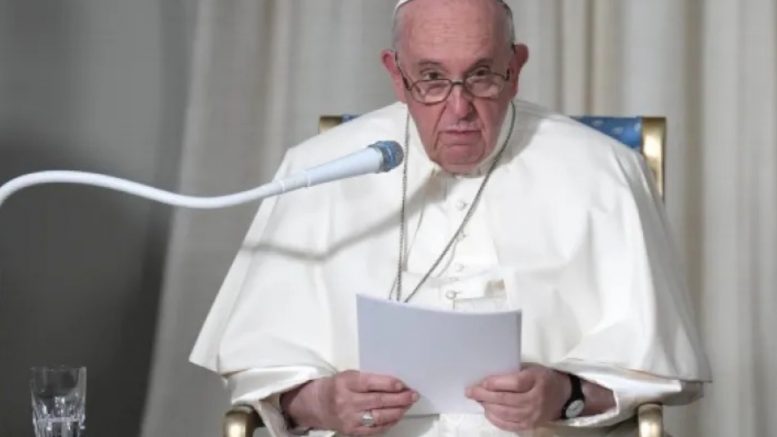 (HRNW) Pope Francis on Wednesday,  said he felt the agony of survivors of Canada’s residential school system “like slaps” and that the Catholic Church must accept responsibility for institutions that harmed children and attempted to destroy indigenous cultures.

The pope dedicated his weekly general audience speech to his trip to Canada last week, when he issued a historic apology for the Church’s role in government-sanctioned schools that functioned between 1870 and 1996.

Over 150,000 indigenous children were taken away from their families and placed in residential schools. The majority of them were run by Catholic religious groups under the assimilation programme of successive Canadian governments.

The youngsters were beaten for speaking their original languages, and many were sexually molested in what Canada’s Truth and Reconciliation Commission called a “cultural genocide” system.

Throughout the tour, the pope met indigenous survivors, and on the final day, largely elderly school survivors in Iqaluit, the capital of the isolated Arctic region of Nunavut, gave him their memories in a private meeting.