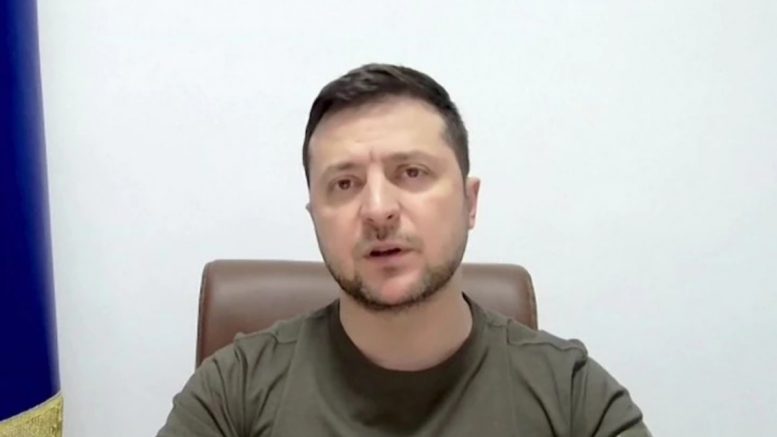 (HRNW) Following a missile strike on a detention centre that murdered 50 Ukrainian prisoners of war last week, Ukrainian President Volodymyr Zelenskyy has called on NATO and the world community to proclaim Russia a “terrorist state.”

Zelenskyy met with the director of the Organization for Security and Cooperation in Europe, Zbigniew Rau, and NATO commander Jens Stoltenberg in Kyiv on Tuesday, and stated that he “gave special attention to the subject of our prisoners of war held by Russia.”

“In particular… the Russian terrorist attack in Olenivka, which must become [the] ultimate argument for all civilized countries of the world to officially recognize Russia as a terrorist state,” Zelenskyy said in his nightly address.

“Isn’t this a sufficiently brutal and obvious act of terrorism?” he questioned.

Zelenskky’s fury derives from a missile strike on a Russian detention centre outside of Donetsk on Friday.