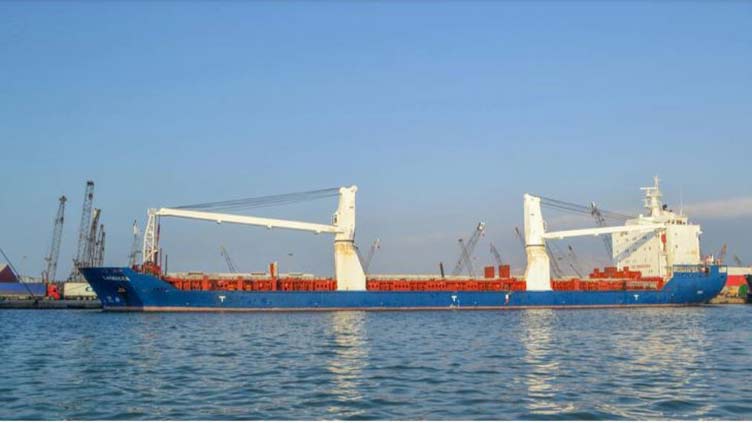 BEIRUT (HRNW) – A Syrian ship cleared for release by Lebanon after it was seized over allegations it was carrying flour and barley stolen from Ukraine left port on Thursday, officials said.

The Laodicea, which was docked in the northern port of Tripoli, was cleared to leave after investigations failed to prove it carried stolen goods, officials said.

It set sail at 8:00 am (0500 GMT), according to Lebanese state media, and was later reported by authorities in Damascus to have arrived at the Syrian port of Tartous to unload its cargo.

Kyiv’s embassy in Lebanon had claimed that the grain cargo was loaded from a region occupied by Russian forces and said it had presented Lebanese authorities with proof that the merchandise was stolen.

Ukraine said in a statement it was “disappointed” by the decision to clear the ship, which it argued would encourage Russia to “continue thefts in the temporarily occupied southern Ukraine with a sense of impunity.”

“We call on the Lebanese side… to take measures to prevent further attempts to use Lebanon to ship stolen Ukrainian grain,” the foreign ministry said in statement.

Ukraine has repeatedly accused Moscow’s forces of ransacking its grain warehouses since Russia invaded the country in late February.

Lebanese prosecutor Ghassan Oueidat ordered the Laodicea’s seizure on Saturday and instructed police to investigate. The prosecutor found that the grain aboard the vessel belonged to a Syrian merchant.