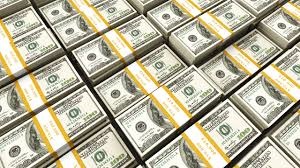 Islamabad (HRNW) The government-run banks have collectively written off nearly Rs6 billion loans in the past four years (2018-2021) apparently to facilitate the privileged individuals, entities, agriculturalists, politically and publically exposed persons and entities.

This brings the total amount waived off in the past three decades to Rs58 billion.

Local TV’s premier Investigation Unit conducted a month-long investigation to know how, when, where, and why the public sector banks waived off loans either in eras of ruling political parties (PTI, PML-N and PPP) or during the ten years under former military dictator General (retd) Pervez Musharraf.

More than 150 top borrowers/defaulters, who got written off their loans worth over Rs40 million each, included politicians, retired generals, businessmen, industrialists, individuals and agriculturalists, according to the available official record.

State-owned banks wrote off Rs6 billion of 1004 defaulters in the past four years (2018-2021), the era PTI ruled the country in center. This period witnessed the highest written-off loans ratio, showed the record.

These loans were written off by the National Bank of Pakistan (NBP), Zaria Tarqiati Bank (ZTBL), Bank of Punjab (BoP), and Bank of Khyber (BoK).