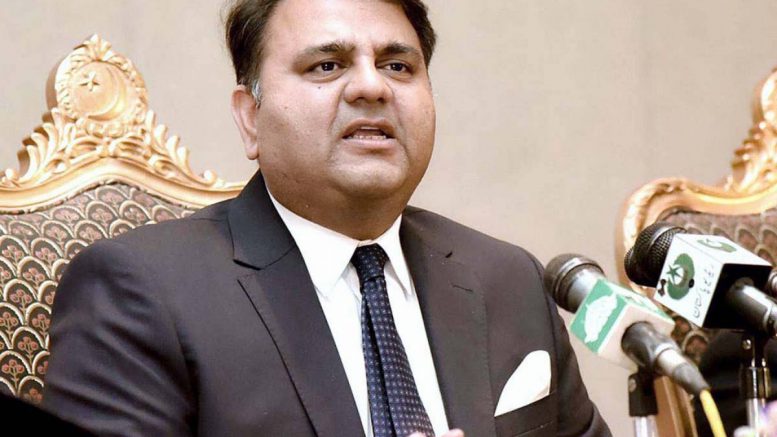 Islamabad (HRNW) Shortly after the Election Commission of Pakistan (ECP) set three cases against Imran Khan for hearing, PTI leader Fawad Chaudhry on Friday announced that the party is planning a big public rally in Islamabad and will announce the date for the event in 48 hours.

Addressing a press conference in Islamabad, Fawad Chaudhry said that the ECP seems in a hurry to act against Imran Khan.

He said that the PTI was not ready to give more than one month to the current government and will press for fresh elections by holding the public rally.

He said at the rally the party would issue a “deadline” for dissolving the National Assembly. The decision was taken after deliberations at the political committee meeting of PTI, he said.

“If this government did not announce elections, it must prepare for the next measure to be taken by the PTI,” said Fawad in a veiled reference to agitation.

He said allowing the government more time for the announcement of fresh elections would mean more financial destruction of the country.

Fawad Chaudhry also said the PTI was not ready to contest elections under the current ECP and it was demanding the resignations of the chief election commissioner and other members.

Be the first to comment on "In a race with ECP, PTI plans public rally amid threat of agitation"