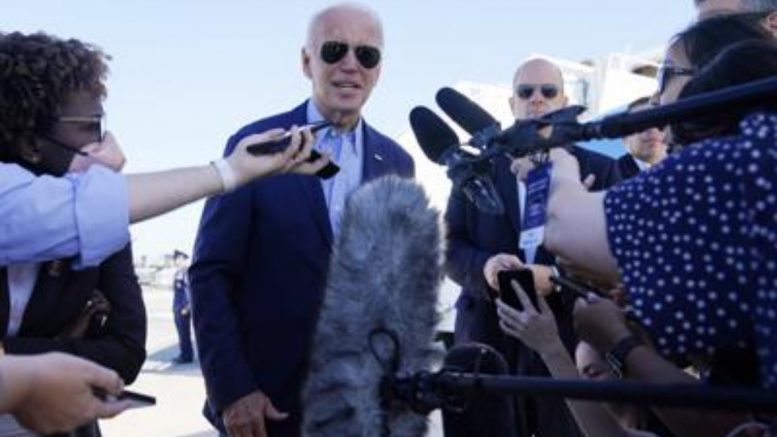 (HRNW) President Biden and First Lady Jill Biden arrived in Kentucky on Monday to meet with families and assess the damage caused by storms that caused the worst flooding in Kentucky’s history.

Flooding remains a threat, according to the National Weather Service, which is forecasting more thunderstorms through Thursday.

Gov. Andy Beshear and his wife, Britainy, will join the Bidens for a briefing on the flooding’s impact with first responders and recovery specialists at Marie Roberts Elementary School in Lost Creek. They will then visit a hard-hit community in the state and meet with those who have been affected.

“They will receive an update on the disaster response, thank those on the front lines and share in the community’s grief,” said White House press secretary Karine Jean-Pierre.

Biden’s visit to the state on Monday is his second since taking office last year. He had previously visited in December, following tornadoes that ripped through Kentucky, killing 77 people and leaving a path of devastation.