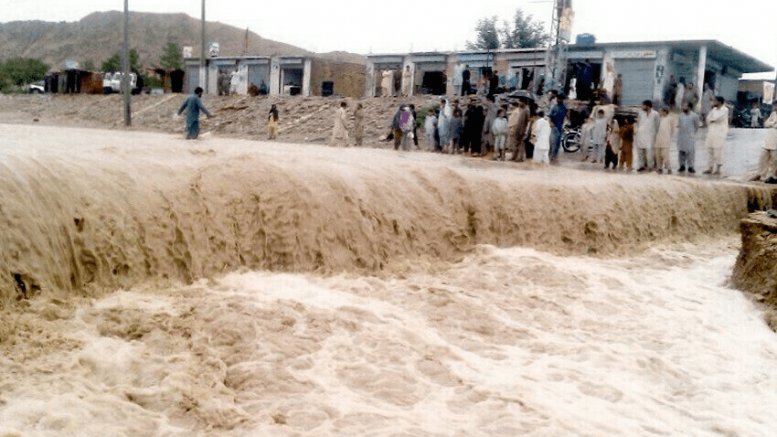 The Provincial Disaster Management Authority (PDMA) has warned government bodies to take precautionary measures as a medium to high-level flood in River Ravi was expected.

According to the PDMA, floods may occur along the river banks in Gujranwala, Lahore, and Multan divisions, while the water level may rise in the rivers connected to Ravi.

Overflowing Ravi has already left many villages submerged in water. According to DC Narowal, an emergency has been declared across all departments to cope with the flood situation.

Due to the overflow, the paddy crop cultivated on hundreds of acres has been destroyed and road links to many villages have been cut off۔

People in the Rajanpur district are facing a grim situation as not only several villages have lost road link with the district headquarters but villagers – including women and children — have been forced to take shelter in trees.