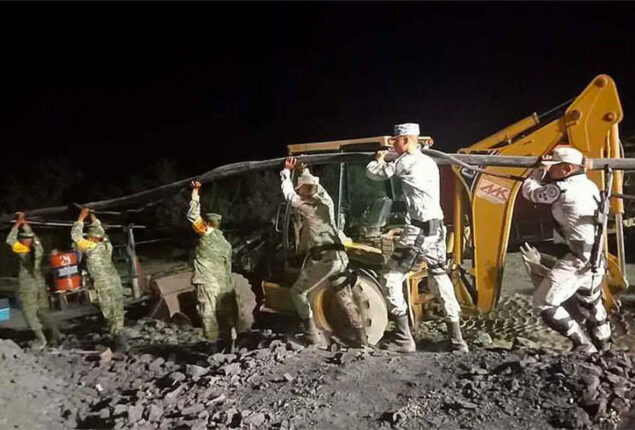 (HRNW) Officials in Mexico said on Tuesday that they will request assistance from both a German and an American company to rescue 10 miners who have been stuck in a coal mine for almost two weeks. Families of the trapped men urged Mexico to move more quickly to save the victims.

When asked which two companies it contacted, the Foreign Ministry remained silent.

On August 3, a tunnel wall collapsed in the Pinabete mine in the northern border state of Coahuila, trapping the miners beneath and causing floods throughout the mine.

In order to send rescue crews into the mine safely, officials have battled to remove enough water and debris, including piping and wooden boards, from the 60-meter (197-foot) mine shafts.

The head of Mexico’s civil protection agency, Laura Velazquez, announced that the Foreign Ministry and other government representatives would engage with the businesses on Tuesday.