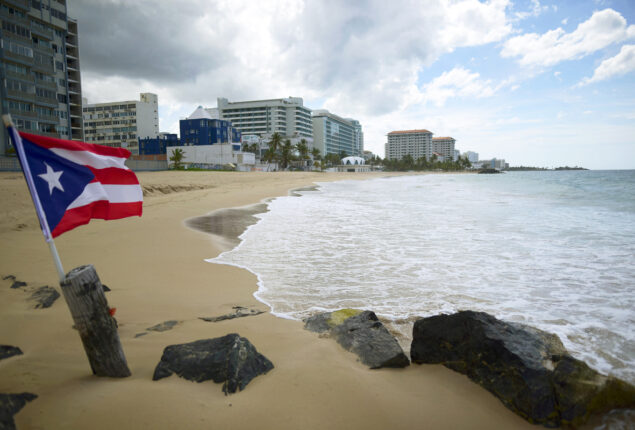 FILE - A Puerto Rican flag flies on an empty beach at Ocean Park, in San Juan, Puerto Rico, Thursday, May 21, 2020. More than 1,000 restaurants in the San Juan area were forced to shutter due to the pandemic, but many were able to survive by offering takeout and delivery options. Some created packages for holidays like Christmas, Thanksgiving and Mother's Day. (AP Photo/Carlos Giusti, File)

The overcount was discovered Tuesday after the bureau declared the end of a post-enumeration survey that was conducted independently among a sample of the island’s population to assess the accuracy of the census. The effort is being used as input for the 2030 Census upgrades.

The bureau claims that issues with duplicate records may have contributed to the overcount.

Inaccurate counts were projected to have occurred at a rate of 9.8% or 319,000 during the 2020 census. Duplicate records could be responsible for nearly all of them (9.1% or 294,000), according to the study. On the American mainland, the projected rate of incorrect enumerations because of duplication is 1.6%.