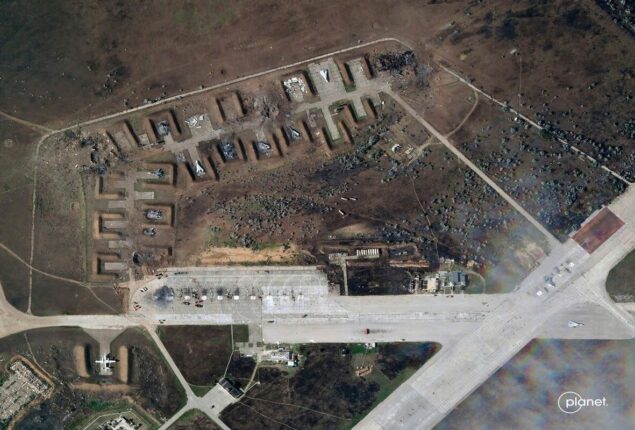 (HRNW) Crimea is now at the centre of what looks to be an audacious Ukrainian operation to strike Russian supply lines and morale.

Tuesday’s explosions at a Russian military base in the seized peninsula shook the tranquil summer vacation spot for the second time in a week and suggested that Ukraine may be able to strike behind enemy lines more frequently.

It’s a momentous step that defies Moscow’s cautions against striking a territory that bears considerable strategic and symbolic value for Russian President Vladimir Putin and might change the dynamics of the war as it approaches the six-month mark.

In contrast to its rhetoric last week, when it claimed that explosions at an air base in western Crimea were caused by the unintentional detonation of weapons, Russia now claims that “sabotage” was responsible for the most recent blasts.