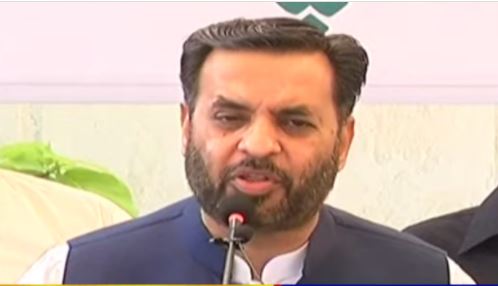 Hyderabad (HRNW) The head of Pak Sarzameen Party, Mustafa Kamal, has said that a chief minister and education minister can see 48 thousand schools in the whole of Sindh? 11,000 schools are ghosts, meaning no schools on earth. But electricity and teacher money is coming. The Sindh government says that it has spent 2300 billion rupees on education.

Speaking in Hyderabad, Mustafa Kamal said that every year Sindh gets Rs.1000 billion for NFC. The powers given to the provinces under the Eighteenth Amendment were to extend the powers to the villages. But all powers came to the Chief Minister’s house and got parked.

The PSP leader said that a chief minister and the rest of the deputy commissioners are sitting here, the DCs are sitting in their offices and making reports.

Mustafa Kamal said that Sharjeel Memon is in charge of relief in the province, then we don’t need an enemy. If there is no local ownership, then the landlord Vadira becomes the owner of the capitalist will.