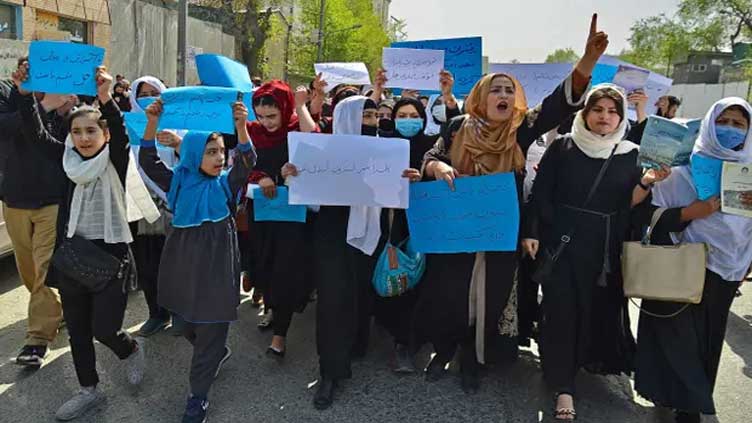 ISLAMABAD (HRNW) — A senior member of the Taliban-run government in Afghanistan on Tuesday called on Afghanistan’s new rulers to reopen schools for girls beyond the sixth grade, saying there is no valid reason in Islam for the ban.

The appeal from Sher Mohammad Abbas Stanikzai, the Taliban deputy foreign minister, came during a top Taliban gathering in Kabul. It was a rare moderate voice amid the harsh measures imposed by the Taliban since they overran the country and seized power in August 2021.

The measures include banning girls from middle school and high school despite initial promises to the contrary. Women are required to cover themselves from head to toe in public, with only their eyes showing.

The Taliban have said they are working on a plan to open secondary schools for girls but have not given a timeframe.

The United Nations has called the ban “shameful” and the international community has been wary of officially recognizing the Taliban, fearing a return to the same harsh rule the Taliban imposed when they were last in power in the late 1990s.

“It is very important that education must be provided to all, without any discrimination,” Stanikzai said. “Women must get education, there is no Islamic prohibition for girls’ education.”