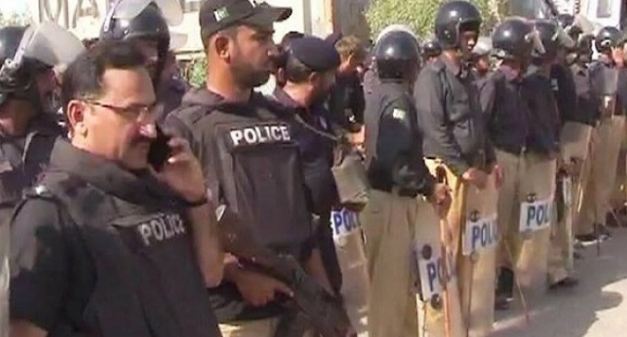 Karachi (HRNW) Police arrested 4 most wanted accused in injured condition after an encounter in Bhains Colony area of ​​Karachi.

He said that 15 lakh rupees in cash, 4 pistols, 2 motorcycles and 6 mobile phones were recovered from the possession of the arrested accused.

SSP Malir has said that the accused had stolen Rs 28 lakh from the car driver a few days ago.

SSP Malir Irfan Bahadur also says that the group of accused is involved in 31 incidents of cash snatching, 3 of their accomplices are absconding, and the search is on.