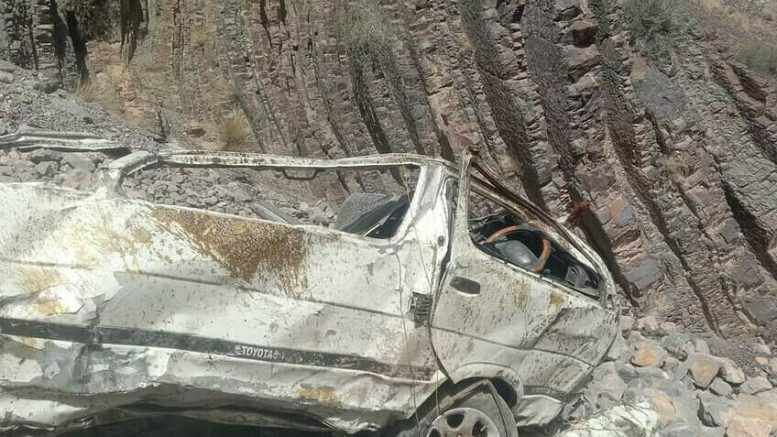 (HRNW) Among the dead are six men, three women and two children while four injured are said to be in critical condition.

The passenger van – whose driver is also among the dead – was on its way to Karachi from Bahawalpur. The co-driver of the truck has been taken into custody.

According to the rescue team, dead bodies and injured were shifted to the hospitals of Hyderabad, Manjhand and Sehwan.

Rescue officials shared that the collision was so intense that the front part of the passenger van has been destroyed completely.

They said that the accident took place due to the negligence of the van driver who tried overtaking the truck.