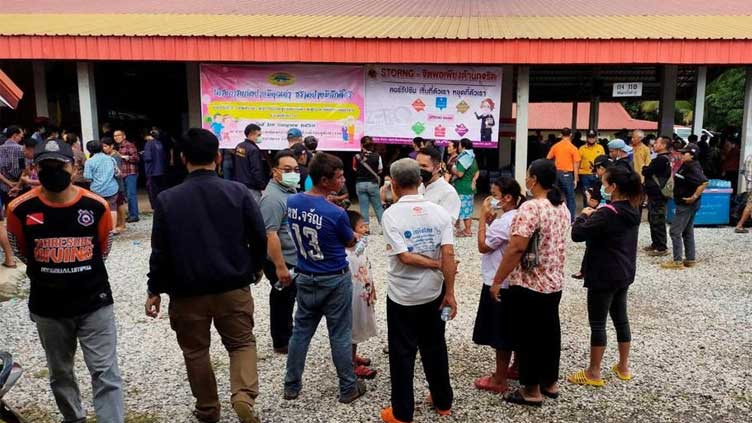 BANGKOK  (HRNW) – A former policeman killed 34 people including 22 children in a gun rampage at a daycare centre in Thailand on Thursday, later shooting dead his wife and child at their home before turning his weapon on himself, police officials said.

Police identified the attacker as a former member of the force who was dismissed from his post last year over drug allegations.

The man had been facing trial on a drugs charge and had been in court in the hours before the shooting, a police spokesperson told broadcaster ThaiPBS.

He had come to collect his child from the daycare centre but opened fire when he did not find the child there, the spokesperson said.

District police official Chakkraphat Wichitvaidya cited witnesses as saying the gunman was also seen wielding a knife in the attack in Uthai Sawan, a town 500 km (310 miles) northeast of Bangkok in the province of Nong Bua Lamphu.