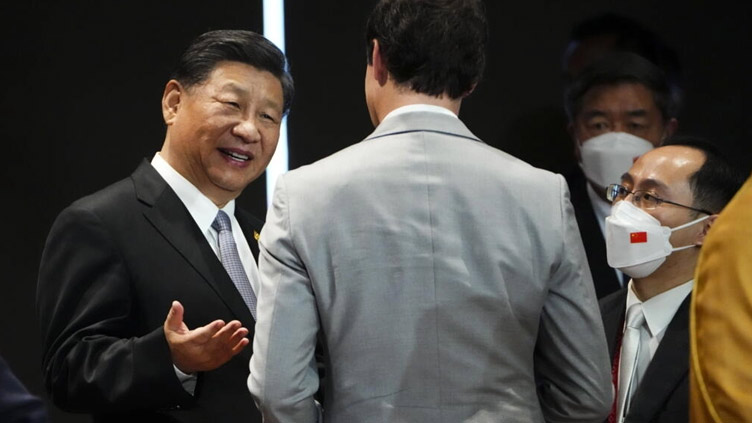 Video recorded by reporters at the Bali summit for world leaders on Wednesday showed Xi appearing to upbraid Trudeau after details of talks between the two leaders were leaked to the media.

Trudeau had on Tuesday raised with Xi the issue of what he called Chinese “interference” with Canadian citizens after Ottawa in recent weeks accused Beijing of meddling with its democratic and judicial systems.

In the one-minute clip captured on the sidelines of the Indonesian summit, Xi tells Trudeau through an interpreter: “Everything we discussed has been leaked to the papers. That is not appropriate.”

He adds: “And that’s not the way (our discussion) was conducted, was it?”

China’s foreign ministry on Thursday sought to play down the footage, saying it showed a “normal” conversation between the two leaders and “should not be interpreted as Xi Jinping criticising or blaming anyone”.