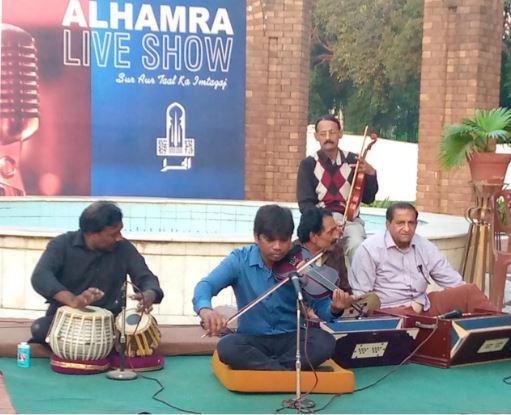 The “Alhamra Live” proved really productive as lots of people took part in it and some of the singers from among the students of “The Alhamra Academy of Performing Arts performed marvelously which was enjoyed by the audience.

Executive Director Lahore Arts Council Zulfiqar Ali Zulfi said that we are lucky as our youth are blessed with great talent in the fields of music and art. He further said “We are trying to give people quality entertainment so Alhamra arranged this evening so that the hidden talent of our youth could be promoted.

Deputy Director of Alhamra Cultural Complex Syed Naveed Al Hasan Bukhari that this music hunt will surely promote those voices who are still unheard by the audience.