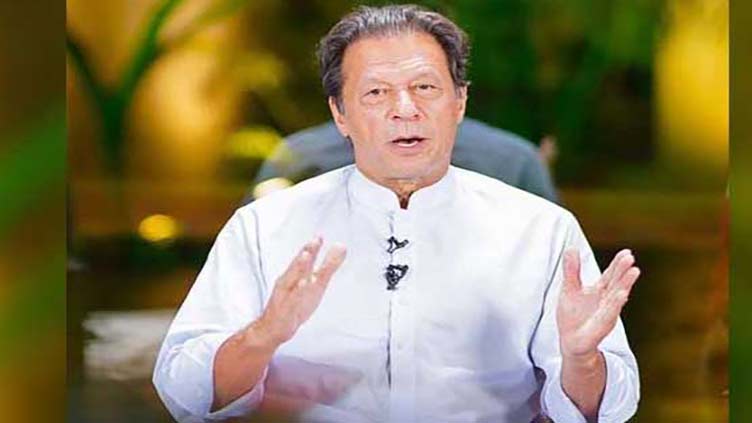 Lahore (HRNW) Former prime minister and Pakistan Tehreek-i-Insaf Chairman Imran Khan has said that the President of Pakistan Dr. Arif Alvi will consult him about the appointment of a new Chief of Army Staff when he receives the summary from the prime minister’s office.

He said this while giving an interview to a Pakistani private TV channel in Lahore on Wednesday.

He further said when the current prime minister consulted an absconder (Nawaz Sharif) in London so President Alvi must talk with me on the issue as he (Imran) is a party head.

“Will the President of Pakistan, who belongs to the PTI, not consult me when the summary comes to him?” asked Imran.

The PTI chief added that he is in touch with President Alvi on the matter.

He observed that the president had never done anything which was against the interests of the country.

Talking about the assassination attempt on him, Imran maintained that the plot to kill him was orchestrated in closed rooms.

When the former premier was asked about the allegations of PML-N London-based leader Tasneem Haider Shah, that Nawaz Sharif and other party leaders were involved in the assassination of Arshad Sharif and the murderous attack on him (Imran), he said that he was sure that Prime Minister Shehbaz Sharif was involved in the attack, however, he had no idea that Tasneem had proofs of his claim.

He added that he was certain Nawaz must have been aware of the assassination attempt on him.