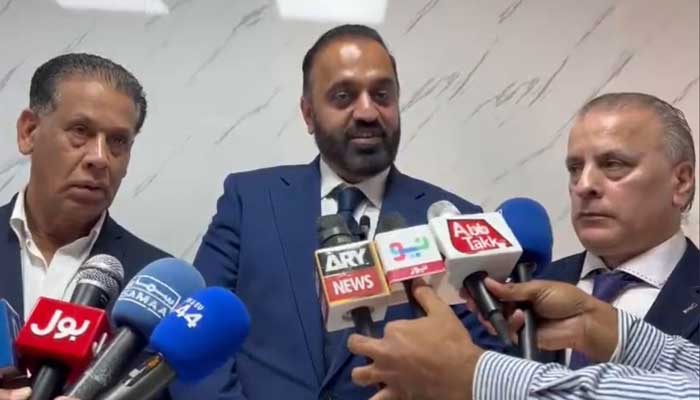 LONDON:  (HRNW)  The Federal Investigation Agency (FIA) has summoned Syed Tasneem Haider Shah — who claimed that the assassination plot of senior journalist Arshad Sharif was made by the PML-N in London — to appear in person before the agency on November 29 in a case pertaining to the brutal murder of the renowned anchorperson in Kenya.

The Pakistani investigators looking into Sharif’s killing have sent notice to Haider in London, asking him to appear before the fact-finding team to give evidence in support of his claim that Nasir Butt was in touch with Waqar Ahmed and Khurram Ahmad, who was driving the slain journalist on the night of October 23 when he was killed.

The two-member team — comprising FIA Director Athar Wahid and IB Deputy Director General Omar Shahid Hamid — have written to Haider to appear before the FIA to give evidence that he has claimed to have.

The FIA team decided to contact Tasneem Haider after he claimed that Sharif’s iPhone and laptop have reached London and are with Nasir Butt.

Haider has alleged that PML-N UK Senior Vice President Butt had links with Waqar and Khurram —the two brothers who hosted Sharif in Kenya and sponsored his visa at the request of Karachi Kings CEO Tariq Wasi.

He said that Butt had told him about these links. In his response Butt has said that Haider is a liar who is making these false allegations out of a personal dispute.