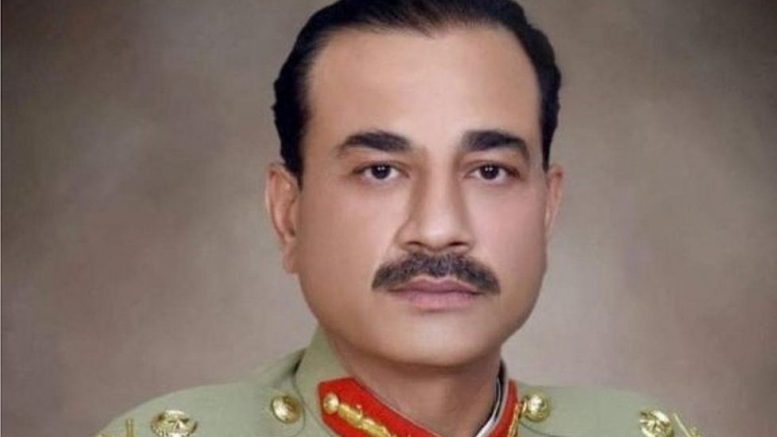 Islamabad   (HRNW)  President Dr Arif Alvi on Thursday approved the appointment of Lieutenant General Asim Munir as the next Chief of Army Staff.

The appointments were formalized after President Alvi on Thursday evening approved the two appointments while acting on the advice of Prime Minister Shehbaz Sharif.

Earlier in the day, Prime Minister Shehbaz Sharif held a special meeting of the federal cabinet in which the highest decision-making body of the country endorsed the prime minsiter’s pick for the army chief and the CJCSC.

With Lt Gen Munir set to retire on November 27, the federal cabinet had decided to extend the duration of his service until his term as COAS is completed.

Alvi hails from the PTI and, as per Imran’s statement the other day, he would consult the party chief before deciding on whether to immediately act on the advice or wait.

Following the 45 minute-long meeting, PTI leader Fawad Chaudhry had said that President Alvi will issue a handout at 6:30pm.