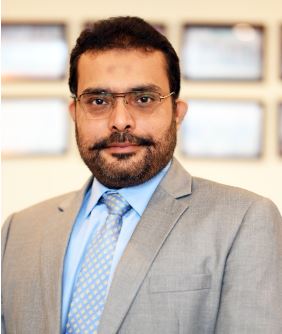 KARACHI: (HRNW) Korangi Association of Trade and Industry (KATI) President Faraz-Ur-Rehman rejected the government’s imposition of regulatory duty on yarn and thread. Rehman said that yarn and thread are the raw material of the textile sector, and duty on it is not acceptable in any case. He said that KATI fully supports the stance of yarn traders as the imposition of duty will adversely affect textile exports.
President KATI said that due to the ongoing economic crisis in the country, shortage of gas and expensive electricity, the cost of production is already at the highest level and due to the financial crisis, most of the textile mills have closed down and are on the verge of closing down more.
Faraz-Ur-Rehman said that the government should reconsider this decision, otherwise millions of people who are involved in the textile sector will become unemployed.
President KATI said that the textile sector is the backbone of the country’s exports, and most of the export earnings come from this sector. He said that the imposition of duty on this sector will cause the sector to suffer from a severe financial crisis which will directly harm the economy.
Faraz-Ur-Rehman further said that the government and the concerned authorities are implementing duties to avoid their responsibilities without consulting the stakeholders, which is causing serious damage to the industry. He said that the government should withdraw the regulatory duty immediately otherwise the employment of Millions of people will be at risk.
President KATI said that the survival of the export industry is not possible without ending the implementation of a 17% general sales tax on textile exports. Therefore, to improve the liquidity position of exporters and competitiveness in the global market and to prevent fraud and smuggling, the restoration of ‘zero rating’ has become indispensable.