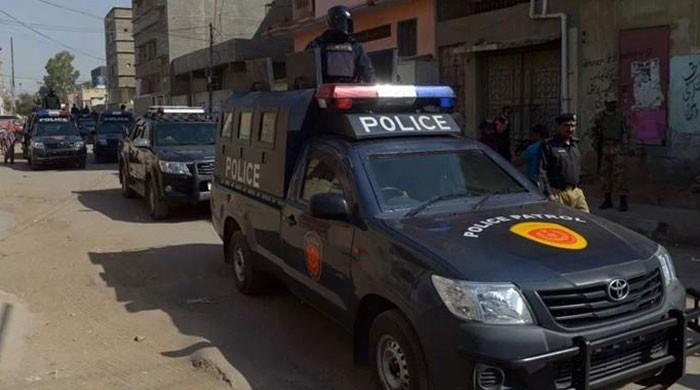 Karachi (HRNW) Firozabad Investigation Sub-Inspector Akhtar Balu has been dismissed from his job due to misuse of authority in Karachi, the dismissal has been implemented on the court order.

Judicial Magistrate East had ordered action against Sub-Inspector Akhtar Balu, the court pointed out the abuse of powers of the investigating officer in 3 different cases.

According to the police officials, instead of presenting a challan in the case against the builder, the investigating officer made him A-class. In another case, he showed false recovery of illegal weapons from a 65-year-old man.
In order to weaken the case of ex-husband’s rape of the woman, the case property disappeared. Due to the lack of property in the case, the accused Owais was released on bail by the court.

Be the first to comment on "Karachi: Police officer’s abuse of authority, dismissed from service on court order"