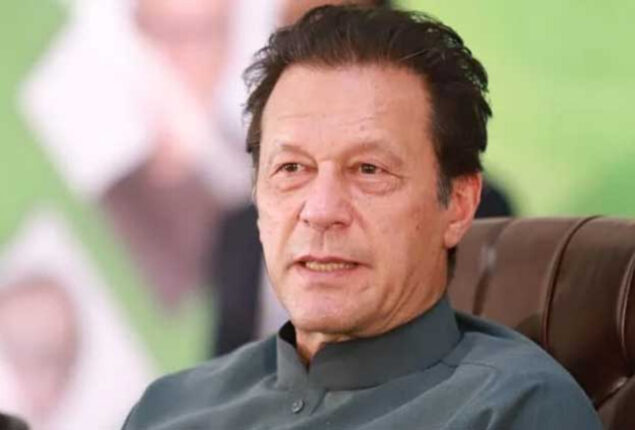 ISLAMABAD (HRNW) Pakistan Tehreek e Insaf (PTI) Chairman Imran Khan on Friday said he was going to Rawalpindi to attend the rally for the sake of the nation.

Talking to Senior Anchorperson, Imran Khan said an awakened and alive nation would make the country free. They did wrong with  Anchorperson Arshad Sharif, PTI leaders Azam Swati and Shahbaz Gill, he maintained.

“I want that appointments are made on merit. Two corrupt mafias have seized the country, one is Zardari and the other is Sharif,” he said.

The former prime minister said they needed their own army chief to control the armed forces. Nawaz Sharif had no right to select the army chief, he added.

He said Shehbaz Sharif and his son were going to be punished for corruption worth Rs16 billion. Respect of court and judge depended on their verdicts, he said.

“Every segment of the country is crying at the moment. They know that their politics will be ended if they held elections,” he said.

Imran Khan said he wanted to go to the masses last Sunday but his condition did not allow it. He said the oppression being conducted on the people of Sindh was not seen anywhere else.

“No matter what they do, elections will be held. They held Mehngai March against us. At the most, the elections will go to October next year,” he said.

He said damage was inflicted on the country by giving NRO to the thieves. Punjab Chief Minister Pervez Elahi and his son Moonis Elahi tried their best to lodge FIR as per wish of the PTI, but the SHO said that he could not sign it even if he was removed from the post, he said.