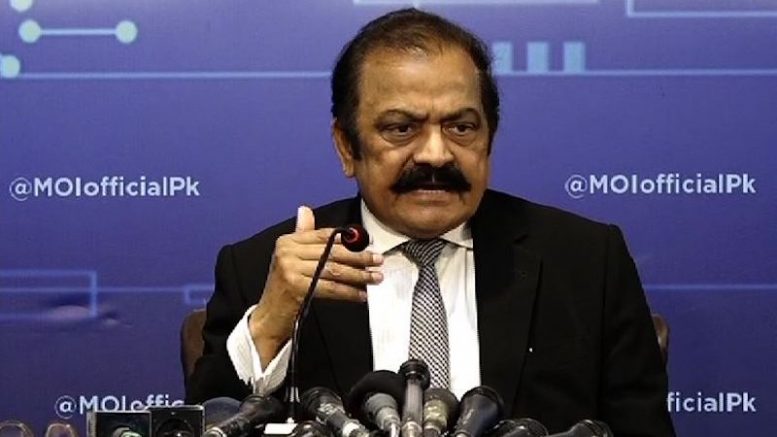 Islamabad (HRNW) Federal Interior Minister Rana Sanuallah on Monday responded to the threat by Pakistan Tehreek-e-Insaf (PTI) to dissolve assemblies under its rule, stating that if such a step is taken then they will immediately hold polls of each assembly.

He said this while speaking during the TV program on Monday evening.

Stating that they will quickly hold by-polls after KP and Punjab assemblies are dissolved, he said that it would enable PML-N to be in a better position.

He said that in light of receiving any such summary from the chief minister, the governor can constitutionally ask for a vote of confidence to be taken in the house.

On the statement of outgoing Chief of Army Staff General Qamar Javed Bajwa that the military had decided not to intervene in politics, he said that the decision was taken at the institutional level rather than individuals level.

If the military remains within its constitutionally defined role then, he said, it will help bring stability to the country.