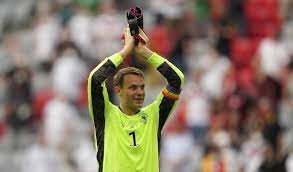 Herzogenaurach, Germany (dpa) – Germany players have no plans to take a knee as a signal against racism ahead of Saturday’s Nations League match away to Hungary in Budapest, federation (DFB) director Oliver Bierhoff said Thursday.

“No, there haven’t been thoughts yet,” Bierhoff said. “For Hungary nothing is planned now.”

Germany joined England players in taking a knee ahead of their previous match on Tuesday after England were booed for doing so days before in Budapest.

“There was a discussion before the game against England and we also wanted to support the English with this gesture,” said Bierhoff.