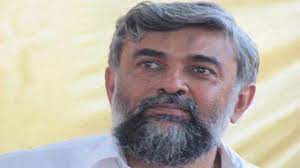 He said the megacity braves an agonizing shortage of potable water. Almost half of the megacity caters water needs through water tankers, which is a very costly and highly unhygienic way of water supply. He said the water storage system of Karachi was designed by colonial British rulers and after creation of Pakistan it has not seen major improvements to meet the needs of fastly bulging population of the megacity. He said in monsoon season a plenty of rainwater is wasted as there are no rainwater storage facilities besides the concept of rainwater harvesting is alien to us.

He said there are more than two dozen towns in Karachi and ideally each union council of them should have its own water storage and supply system integrated to the KWSB main lines as well as rainwater harvesting system storages if created. He said the basins of Lyari, Malir, Mole and other small rainwater streams are ideal for constructing hundreds of mini check dams to store rainwater during monsoon. This would not only cater the needs of the surrounding areas but also help rise water table level of the megacity, which is very low. In past due to better water table shallow dug-wells would work in suburban areas but now it need a very deep boring to use underground water.

Altaf Shakoor said that the small hills of North Nazimabad and Orangi are ideal for both water storage and water tanks built above them would help in better supply due to gravity force. He said in fact the master plan of Karachi envisages a big water reservoir and park over the hills near Katti Pahari, but the Sindh government has no time or interest to think about the megacity, its needs and its development.

He said the lone desalination plant of Karachi, Cogen, in DHA, didn’t work for a single day after its completion several decades ago: why? It is a big no-no to answer this question. He said ideally Karachi has got both sunshine and sea water. Construction of desalination plants run on solar power or wind energy can easily mitigate water shortage at least in the coastal areas and island villages, but again the question is how to persuade the ignorant rulers to think about these out of the box solutions.

He said if the government could spare a few billion rupees to construct some 500 small water reservoirs dotted over the whole megacity, they would surely help in lessening water shortage in Karachi if not fully than surely to some extent.

Altaf Shakoor regretted that the burning problems of the megacity like water shortage, lack of proper public transport system, pathetic civic infrastructure and poor education and healthcare facilities are the matters of the least concern for our provincial and federal governments.

He suggested that if the provincial and governments are not interested in making new water reservoirs in Karachi, people at community level could go for experiments to make very small scale water storage facilities in their neighbourhoods on self-help basis.

Be the first to comment on "Small reservoirs in Karachi to mitigate water shortage in megacity: Altaf Shakoor"