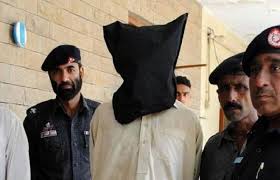 KARACHI (HRNW) Karachi police have arrested two operatives of the Afghan dacoit gang who robbed citizens outside banks. Weapons and stolen money were recovered from the possession of the accused.

The accused have revealed the involvement of the former manager of the petrol pump in the incident.

After the exchange of fire, the Rizvia Society police arrested two members of the robbery gang and recovered the arms and the stolen motorcycle.

According to the police, the accused were involved in a robbery of three lakh rupees outside a private bank in Sumanabad. Seven lakh rupees were also recovered on the identification of the accused.

These operatives of Afghan robbery group used to send money to Quetta and Afghanistan after looting in Karachi.

The police are conducting raids to find other accomplices of the accused so that the rest of the looted money can also be recovered.