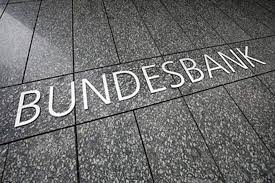 Frankfurt (dpa) – Germany’s central bank said Friday that the consequences of the war in Ukraine were dragging on the nation’s gross domestic product (GDP), which would come in at around 1.9% in 2022.

According to a forecast published by the Bundesbank on Friday, economic growth in 2023 would come in at roughly 2.4%, instead of the 3.2% it had previously announced.

On the one hand, prices for energy raw materials are expected to fall somewhat and supply bottlenecks are expected to gradually ease. At the same time, private households are likely to spend more than during the height of the pandemic, thus boosting the economy.

At the same time, “exceptionally high inflation is leading to uncertainty among consumers and weakening their purchasing power,” the Bundesbank said.

According to preliminary figures, the annual inflation rate in Germany jumped to 7.9% in May, the highest level in almost 50 years.

For the year as a whole, the Bundesbank now expects an inflation rate of 7.1% measured by the so-called harmonised consumer price index (HICP), which the European Central Bank (ECB) uses for its monetary policy.

“Consumer prices will rise even more this year than they did in the early 1980s,” said Bundesbank President Joachim Nagel. “If this development continues, the HICP rate could be significantly more than 7% on an annual average in 2022.”

From next year onwards, the inflation rate in Germany is likely to fall gradually, according to the Bundesbank. The HICP rate could fall to 4.5% in 2023 and to 2.6% in 2024.

“The decline in inflation rates in the euro area is not a foregone conclusion,” Nagel said. “Monetary policy is called upon to reduce inflation through consistent action.”

Be the first to comment on "German central bank revises down 2022 GDP forecast to 1.9%"