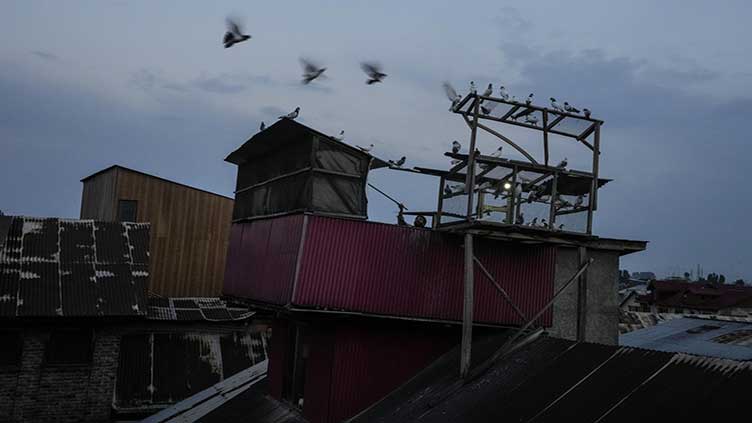 SRINAGAR, (HRNW) — As a teenage schoolboy, Syeedna Ismail Hussain Banday cultivated pigeon keeping as his favorite hobby in the heart of Indian-controlled Kashmir. Three decades later, though he went on to become a civil engineer and set up his own construction company, his untiring love for pigeons continues.

Banday, 44, is now a professional pigeon breeder and has his own flock of some 400 pigeons.

“These birds are integral part of my life,” Banday said. “They have made me a patient person and brought discipline in my life.”

The centuries-old tradition of pigeon keeping has remained ingrained to life in the old quarters of Srinagar where flocks of pigeons on rooftops, in the courtyards of mosques and shrines and around marketplaces are a common sight. Many of these are domesticated, raised by one of the thousands of pigeon keepers there. Every week on Friday and Sunday, various breeds of domesticated and wild pigeons are sold in an open bazaar, locally known as Pigeon Market.

Pigeon handlers release their birds into the air to intermingle with other pigeons. The birds are often accompanied by strays when they return to their coops, usually set up in the attics of homes. Unlike western countries where racing pigeons prevail, handlers say high-flying pigeons are preferred in south Asia.

Be the first to comment on "Amid conflict, pigeon keeping thrives in Kashmir"