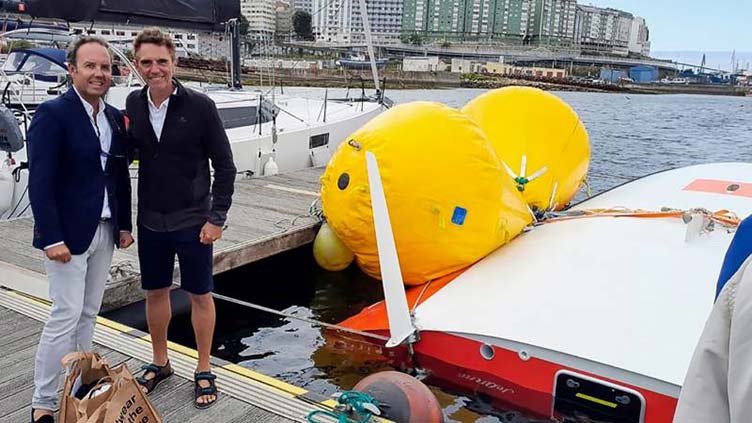 MADRID (HRNW) – A 62-year-old French sailor has been rescued in the Atlantic Ocean off Spain after surviving for 16 hours in a tiny air bubble under his capsized sailboat, the Spanish coastguard said Thursday.

Laurent Camprubi fired a flare after his boat, the Jeanne Solo Sailor, ran into trouble at around 8:30 pm on Monday when it was 14 miles (22 kilometres) from the Sisargas Islands off Spain’s northwestern Galicia region, the coastguard said in a statement.

A rescue ship and three helicopters were immediately dispatched and the search team found the boat overturned in the darkness.

A diver was lowered onto the ship’s hull and banged on it, seeking signs of life. Camprubi began knocking from inside and crying out for help.

But due to the rough seas, rescuers then had to work “frantically” to stop the boat from sinking before they could reach the stricken French sailor.