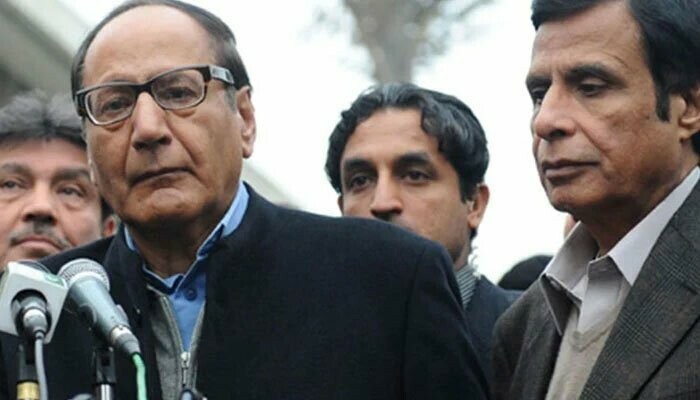 Islamabad (HRNW) The Election Commission Pakistan has declared that Chaudhry Shujaat Hussain was still the party head of the Pakistan Muslim League-Q. The top electoral body has also canceled PMLQ’s intraparty election announced by Shujaat’s rivals in the party.

The ECP has ruled on a petition filed by Chaudhry Shujaat Hussain.

Shujaat’s lawyer Omar Aslam told an ECP bench that PMLQ’s central working party removed the party president and secretary in a so-called meeting while it did not have the powers to do so.

The ECP issued notices to the parties, canceling the schedule for the intraparty election.

The ECP ruled that until it gives a verdict on the petition, Tariq Bashir Cheema will remain PMLQ secretary and Shujaat the party head.

Shujaat to act againt PMLQ MPAs over voting for Elahi
Speaking outside the ECP building, Chaudhry Salik Hussain revealed that Shujaat had decided to act against ten PMLQ MPAs in the Punjab Assembly who voted in favor of Chaudhry Pervaiz Elahi against his instructions as the party head.

Salik said that PMLQ Punjab Secretary General Kamal Ali Agha – who arranged the meeting on July 27 to remove Shujaat — had already been served a show-cause notice.